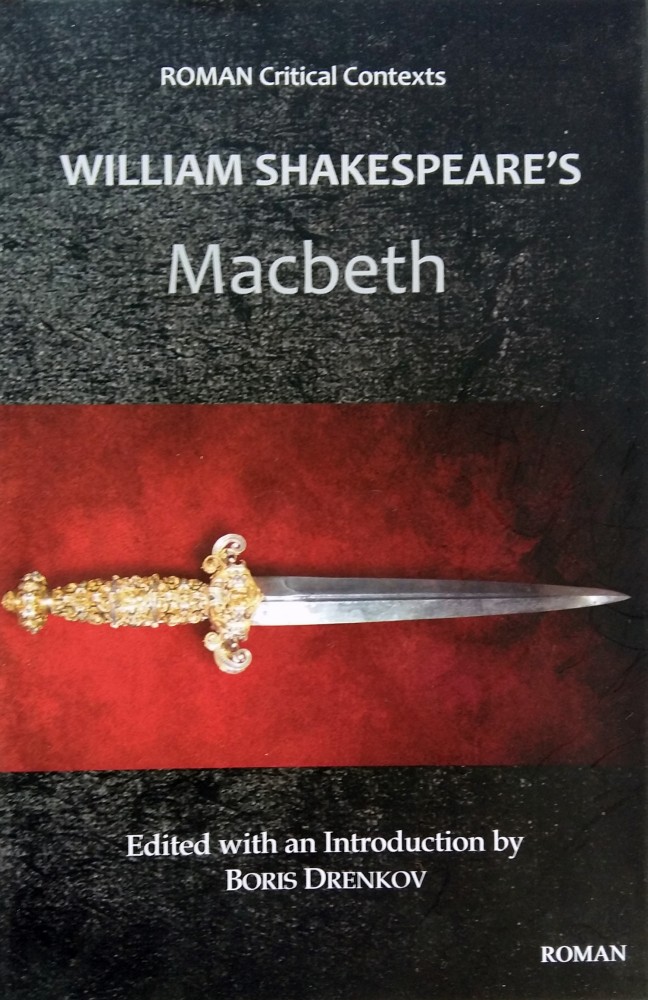 Shakespeare’s Macbeth appeared in the renowned India-British publishing house Roman Books. The book collects essays from acclaimed academic authors from four continents. It makes some breakthrough discoveries in the reading of the principal tragedy. The book Macbeth is a part of a series, which will appear under the editorship of Boris Drenkov. It includes also essays on Twelfth Night, Hamlet and Marlowe’s Doctor Faustus.

As Drenkov says in his introduction, the articles in this collection are unified by their ‘touch of the real’, which in some articles is more palpable than in others. All the works assembled here deal with basic questions that are in the core of the Shakespeare play or in its interpretational and adaptation history. They develop these with modern associations, philosophical observations and direct conclusions.

Formally the essays could be divided into two parts. The first part concentrates on the text as such, the textual implications and ideas as formulated by the author and develop these on the background of recent philosophical, artistic or literary tendencies. The second part of the essays concentrates on the adaptions of Shakespear on the theatrical stage and cinema screen.

This collection of essays dedicated to Macbeth proves the potential and universality of Shakespeare’s ideas, which cross generations, cultural, national and academic boundaries to construct harmonized approaches to a text of never-ending power for provocation.

Dr. phil. Boris Drenkov is the author of The Cult of Elizabeth and Its Textuality. He did his doctoral research at Ludwig-Maximilian University of Munich. He taught English literature, literary and art theory at the Universities of Munich and Siegen in Germany as well as in other academic institutions across Europe and the US. Drenkov has published extensively on Renaissance culture and history, translation and art theory. He is currently lecturer in visual and textual cultures at Sofia University.

Our clients about us / Нашите клиентите за нас:

bgPrevod - Phoenix Lingua
5.0
Based on 27 reviews